Here’s How To Help Animals Affected By The Amazon Wildfires

As thousands of fires rage in Brazil, many fear the Amazon rainforest — the world’s richest biological reservoir — may never be the same. The increase in fires this year not only threatens the land nicknamed “the lungs of the world,” but the over 2,000 species of animals who call it home. In fact, it’s home to 1 in 10 animal species on Earth.

The Amazon’s dense canopy provides safety for the jaguar, tapir, capybara, red deer, sloths and many monkeys and rodents. Over 1,300 different types of birdsnest in the Amazon’s trees and the waters are rich in over 400 species of amphibians, including the poison dart frog.

Members of local communities directly affected by the fires have seen animals flee the blazes: “We saw wild pigs, tapirs, armadillos, anteaters, snakes in larger numbers than we are used to,” Adriano Karipuna, a leader in the Karipuna indigenous community, told The New York Times. “We saw the forest covered in smoke, and the sky become darkened. Our eyes became red due to smoke.”

Brazil’s National Institute for Space Research (INPE) reported that 74,155 fires have broken out in the country from January to August, an increase of over 84 percent from the same period last year. So what can we do to help the wildlife affected? Here are a few actions you can take and help those in need. 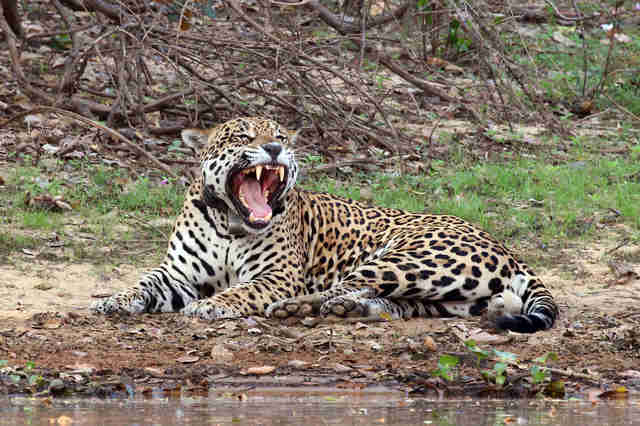 To help the animals displaced by the fires, you can support organizations working to defend the Amazon, such as Junglekeepers. The Rainforest Alliance is forwarding all funds donated via their Instagram in August to frontline groups fighting deforestation and working to protect those who call the Amazon home.

You can also donate directly to local Brazilian groups that seek to influence public policies on environmental preservation and Indigenous rights, such as Instituto Socioambiental and Instituto de Pesquisa Ambiental da Amazônia (IPAM). 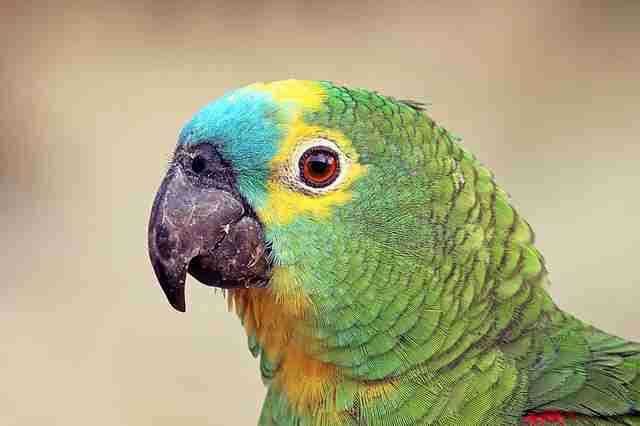 Sharing the plight of the Amazon on social media can get the word out, but there are other ways to help while you’re online. You can sign this petition lobbying authorities to “set up an inquiry to investigate what is leading to the increase in fires in this region and hold the culprits to account.”

Brazil’s president, Jair Bolsonaro, continues to minimize the impact that the fires could have on the world’s largest rainforest, encouraging the clearing of land in the Amazon for agriculture, logging and cattle ranching since taking office. This accelerated deforestation has been directly linked to the increase in fires — and only by halting the progress will Amazon survive.

3. Consider what you eat 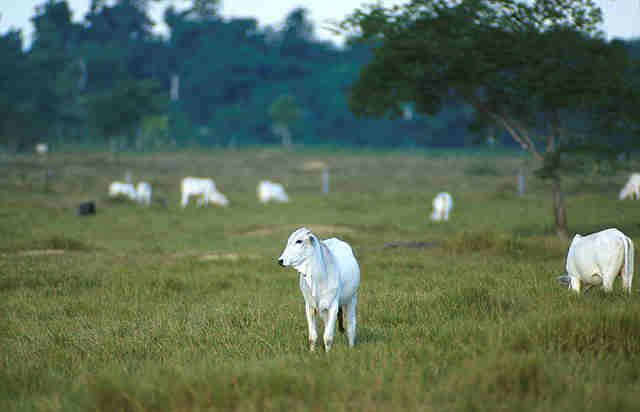 The wetness of the Amazon makes natural fires a rare occurrence. Instead, this year's fires are thought to be intentionally set by people to clear land and worsened by the dry season. Many of these fires have been lit to clear trees for the growing industry of cattle ranching and the crops, such as soy, which serve as cattle feed. Eating less meat by giving it up one day a week or more can help put a stop to this cause of deforestation.

These may seem like small steps to take, but if they can help save an animal’s life, they're worth it.